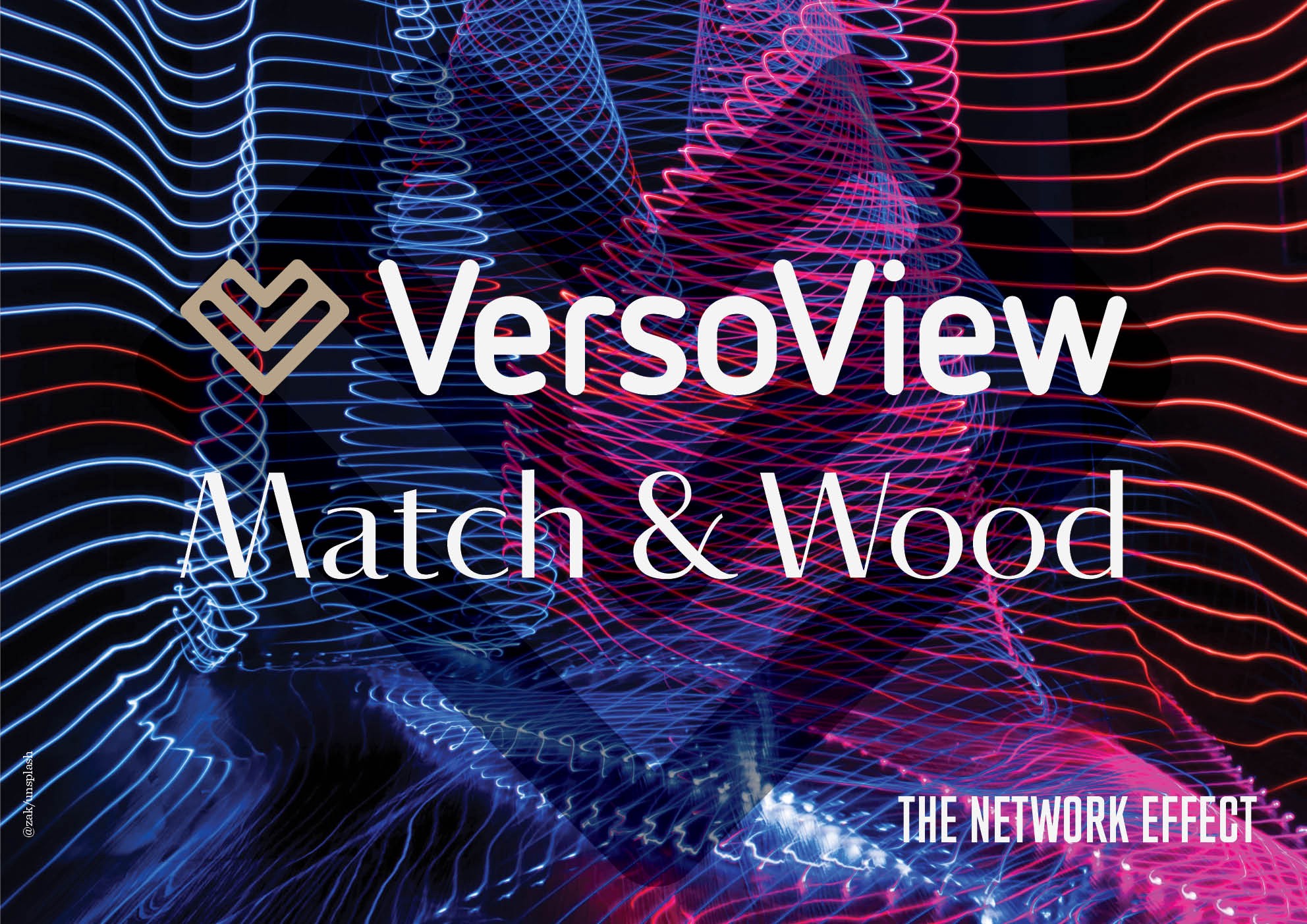 In this series of articles our CPO, Steve Peaple, unfolds some of the opportunites that our MoUs offer with the network effect.

Here, we take a specific look with Australian media agency, Match & Wood who signed an MoU with VersoView in April 2021. Match & Wood was named as one of Australia’s fastest-growing companies in 2020 by the leading national business newspaper, Australian Financial Review.

Match & Wood clients already trust and depend on their media agency with the largest portion of their marketing budget, often spread across all forms of digital; social media, programmatic, paid search; and traditional media, including tv, radio, print and outdoor.

Effective media planning and strategy rely on high-quality data which seeks to solve business issues such as brand awareness or product launches, and measurable engagement from rolling out those plans.

Research and data ensure the correct target audiences are sought across the optimum channels, while good creativity catches their imagination and seeks engagement.

Thus, the anonymised data that VersoView creates is of high value to media agencies, answering key questions such as; What are users reading, for how long, what they are commenting on or highlighting? Where they come from, and where they go next? What else are they engaging with?

These micro-actions generate macro trends which build up a picture of online habits, and in VersoView user data is treated as anonymous, both from individuals and from groups.

Integrated within VersoView is VersoPlus which uses algorithmic data based on platform use coupled with demographic data — the data most favoured by media agencies — to build holistic profiles of user types and interests.

Thus, the relationship between media agencies and VersoView is symbiotic.

Using traditional media profiling, we know that, for instance, readers of Harvard Business Review are more likely than the median population to compete in amateur triathlons; to own watches worth more than $5,000; and to holiday overseas with family more than three times a year, in hotels rated four-star and above.

This is the type of audience-driven insights Match & Wood seek from analytic companies such as McKensey, Nielsen or Genroe.

Thus our own data coupled with media profiling data will allow users to be served material that is relevant to them as groups and individuals. For Harvard Business Review readers, they would be offered like-for-like content such as:

Those users can select VersoPlus and be offered choices that reflect their broader interests;

Engagement is key. Banner blindness exists — up to 86% of users selectively ignore ads while more than 50% don’t trust to click on ads. CTRs for banner ads declined from 12% in 1997 to 0.35% in 2019 (Hubspot), while Google’s Doubleclick reports overall display at CTR to be 0.05%. There’s also the uptake in ad blockers, so getting users or potential customers to engage with brand messages is an ongoing battle.

While advertising will comprise one income stream for VersoView, at the heart of the platform is the sharing of stories and VersoRewards — as the name indeed implies — that rewards users for their engagement, placing tangible value on their time and attention, and in addition, increasing those VersoRewards where the individual engages more deeply — such as commenting, sharing or promoting a brand message to others. How users engage in communities built around brand and company stories is fundamental to VersoView.

Having an agency such as Match & Wood utilise VersoView for their own communications to their stakeholders and clients delivers a highly valuable positive network effect. VersoView is exposed to dozens of exciting brands and corporations from a trusted source. Onboarding those clients in turn is much easier as they become familiar with the platform and its myriad benefits.