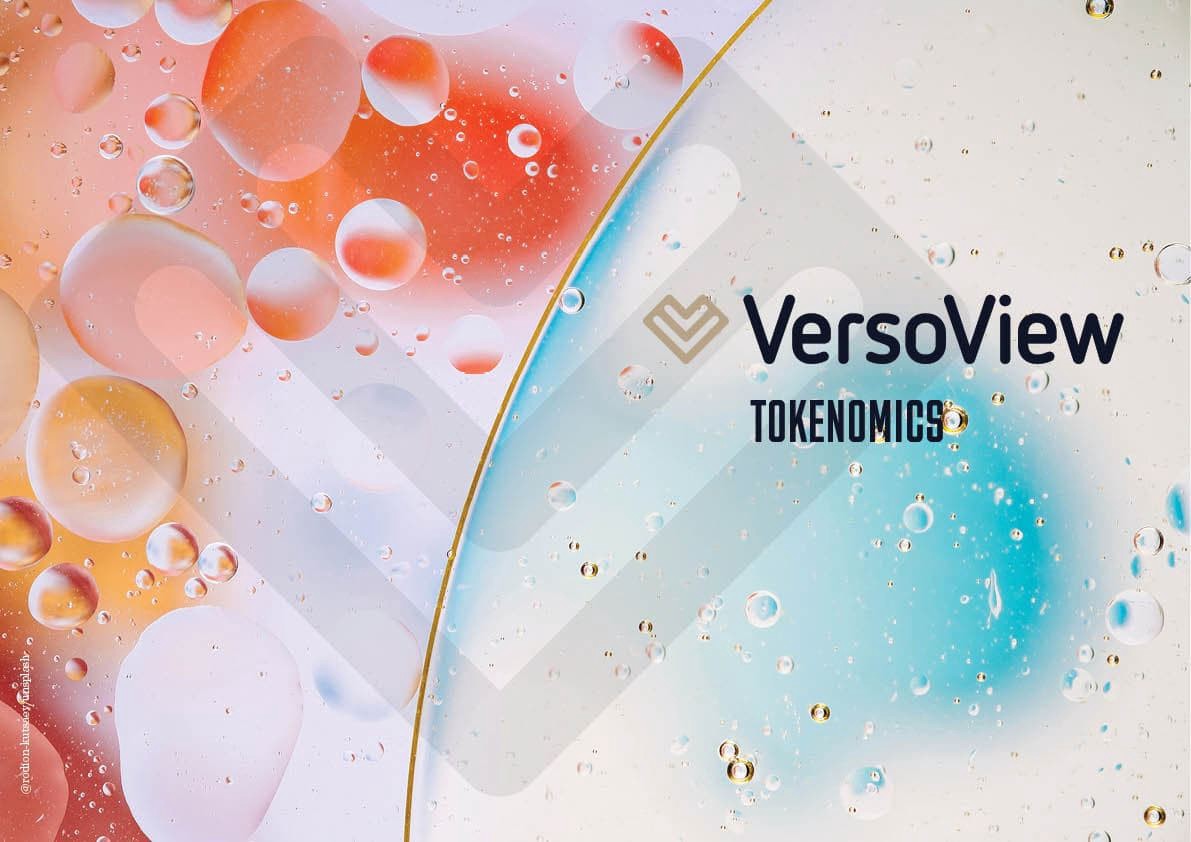 At the end of June, our circulating supply is estimated to be 43,800,000 VVT, primarily as a result of the rewards from the Gold staking pool.

Since the VersoView Token Generation Event (TGE) on Dec 2, 2020, the team has maintained a commitment to freeze supply at 40,000,000 for the first six months to allow a stable and healthy market to form without added dilution.

Additionally, as there were no incentivized lockups via private or pre-sale of the VersoView Token, there are no pre-sold token unlocks that affect supply of any kind.

Bronze, Silver and Community VVT unlocks
The 60-day Bronze staking pool along with the 90-day Silver staking and Community staking pool rewards — approx 678,000 VVT — were fully accounted for within the existing circulating supply. No further tokens will be issued to fund these unlocks.

June to December 2021 VVT unlocks
With our Alpha launch three months ahead of schedule, our focus is now on delivering our road map, with the emphasis on Marketing, Exchanges, and Development including AI, scalability and security. In parallel, our Series A fund-raising — which greatly reduces the need for additional token emissions — is in progress. Thus, over the course of 2021 the VersoView team projects the following estimated token unlocks:

New Staking Pools
New staking pools will open in April, May and June at the conclusion of the respective Silver, Community and Gold Pool durations.

VVT Ecosystem
Current projections suggest that the maximum circulating supply reached in March 2025 is 250,000,000 VVT. This is due to the interplay between scheduled token emissions and the revenue mechanics which remove tokens from circulation and reallocate them to the VersoRewards Staking Pool (which will re-enter circulation at a later date) as well as permanent locks via the Ecosystem Rewards Pool and 0x000 address transfers.

VVT Distribution: Deflationary Mechanics
As per the VersoView Revenue Mechanics and the Ecosystem Rewards Pool documents, as the retail launch of the VersoView platform begins to drive revenue* to the company, a percentage is diverted to buyback VVT and the impact is a deflationary pressure on both total supply and to a larger degree, circulating supply.

*Revenues are derived from multiple sources including, but not limited to; tiered platform subscriptions; enterprise platform onboarding; user subscriptions; and advertising.

A large portion of the 2bn will only be used when there is revenue, and these tokens are to give companies a taste of blockchain without the burden of having to purchase them on an exchange themselves. They’re locked in a smart contract and won’t hit the market, if unlocked — they flow back to the rewards wallet.

Revenue Mechanics
“VersoView employs a comprehensive, cutting-edge set of deflationary mechanisms, tied directly to corporate revenues to offset token emissions generated by the VersoRewards Staking program, as well as refunding and perpetuating both the Staking Rewards Pool and the Ecosystem Rewards Pool.”

Advertising
Advertising is a core revenue driver in traditional publishing, and VersoView Premium Subscribers may leverage a diverse range of advertising options, such as Google AdWords, as well as conventional direct placements which offer discounts to advertisers when paid in VVT.

“New VersoView Platform Subscribers are granted tokens from the Ecosystem Rewards Pool according to the tier of subscription that they purchase.
These tokens are directly locked into Smart Contracts and are used as collateral to mint customized, branded Social Tokens.”

Rewards
Each VersoView Subscriber is encouraged to build a content-based community within their topic, brand or corporate readership. Branded Social Tokens serve as the tool to reward loyalty, readership, and acts as the core currency within the Subscriber’s branded economy inside VersoView.

VersoView incentives new Subscribers by granting them an allocation of tokens from the Ecosystem Rewards Pool at the time of subscription, proportional to the Subscription Tier that they sign up for.

Tokens allocated from the Ecosytem Rewards Pool are sent directly from the Pool into a staking Smart Contract, and never enter market circulation.

If the Subscriber terminates VersoView services, these tokens return to the Pool.

Subscribers who require a larger pool of branded Social Tokens are required to purchase these from market circulation, and lock them, though they retain ownership of these tokens and can unlock and recirculate them if they terminate their VersoView Services.

VersoView has retained 15% of the total VersoView token supply for Ecosystem Rewards.

This 300,000,000 VVT will be allocated to VersoView Subscribers to facilitate the incubation of these blockchain based communities built around their publications, content or brands, through customized incentive structures powered by their own branded Social Token.

The Ecosystem Rewards Pool is refilled and perpetuated with revenue mechanics detailed in the Revenue Mechanics: 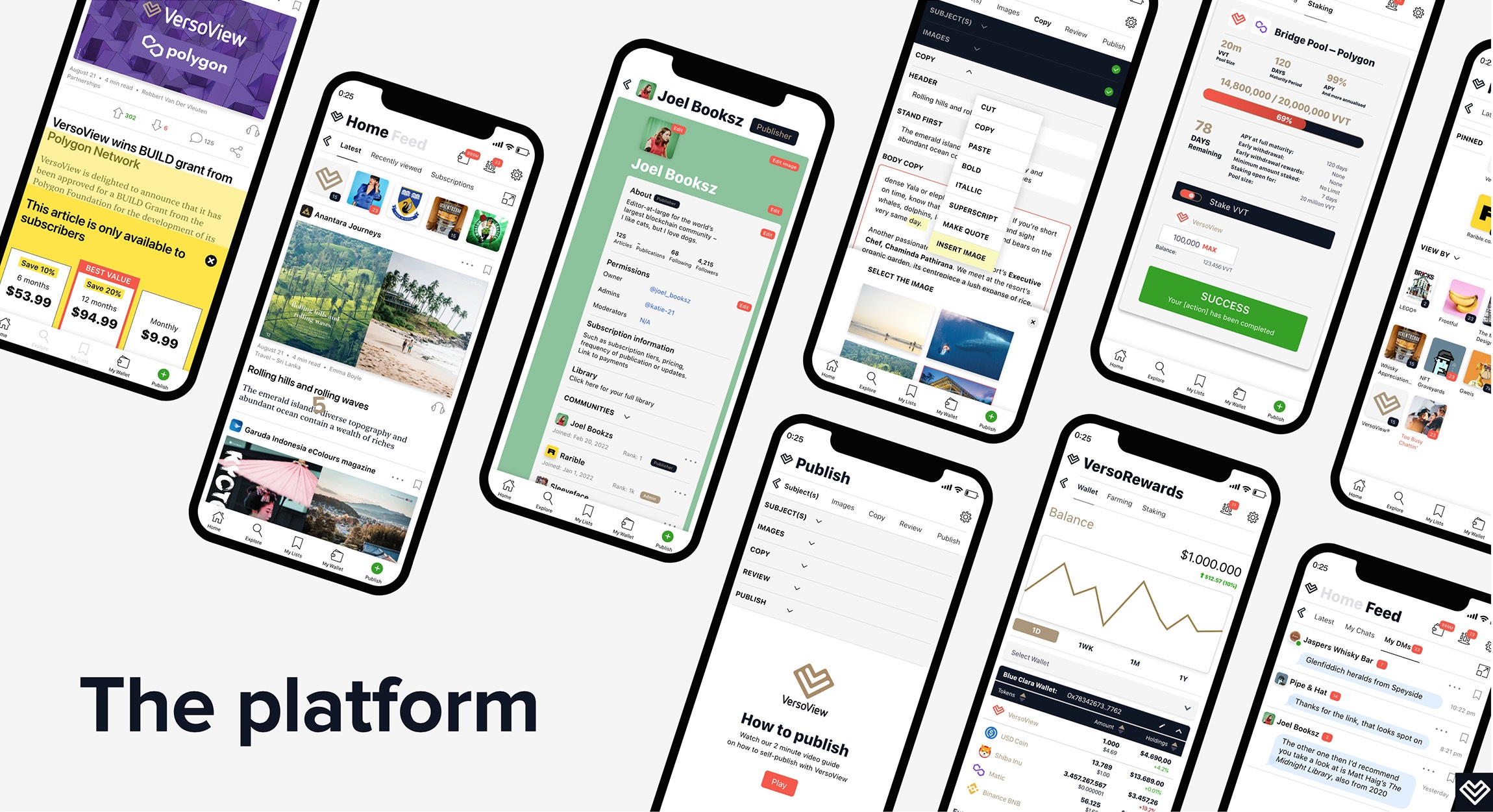